We Aimed To Build A Flipkart For Financial Services: Groww’s Lalit Keshre 
Groww’s cofounder and CEO Lalit Keshre spoke to Siddarth Pai, founding partner of 3one4 Capital, during a fireside chat at The Makers Summit 2022, hosted by Inc42 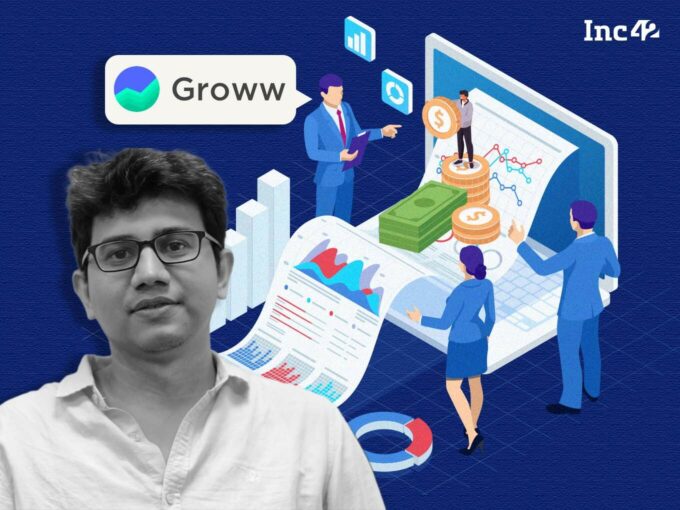 “We wanted to build a Flipkart for financial services,” said Lalit Keshre, cofounder and CEO of Groww, one of the leading investment platforms in India.

Keshre was speaking to Siddarth Pai, founding partner of 3one4 Capital, during a firechat chat at the ongoing Makers Summit hosted by Inc42.

An IIT-Bombay alumnus, Keshre invested in stocks since his college days. However, he and the other three cofounders of Groww had realised that financial products and services in India were more commission-centric than customer-centric.

“It is one of the reasons why just about 20 Mn people out of the 300 Mn middle-class Indians were investing in equities and mutual funds in 2016-17. You would find trillions of dollars in savings and fixed deposits. But only a few people invested in equities,” said Keshre.

By that time, a large number of people had been using ecommerce platforms like Flipkart, food delivery apps like Zomato or Swiggy and ride-sharing apps like Ola. But when it came to investing in capital markets, that kind of scale or user experience was missing.

“That’s why we decided to launch Groww, a Flipkart-like platform and app for online investment,” he added.

Set up in April 2017 by former Flipkart executives Keshre, Harsh Jain, Ishan Bansal Dean and Neeraj Singh, Groww is an app and a web platform that enables people to invest in the entire gamut of capital market offerings, including mutual funds, futures, stocks, derivatives and IPOs.

Since its inception, the startup has raised funding almost every year. Backed by the likes of Tiger Global, Y Combinator, Ribbit Capital and Sequoia Capital India, Groww raised $251 Mn in its latest Series E round at a valuation of $3 Bn while total funding stands at around $400 Mn.

Coming from a small city in Madhya Pradesh, Keshre made his way to IIT-Bombay, worked for Flipkart to learn a lot about Indian startups and finally started Groww. Speaking about his entrepreneurial journey at The Makers Summit, he also detailed how he started building a medical device during his college days and later turned to video tutorials to help students sail through the IIT-JEE. But eventually, it was the investment platform Groww that Keshre deemed fit to pursue and build.

In this age of information overkill, Keshre had an important message for young entrepreneurs and product makers. “Don’t standardise your playbook because every case is a unique one. And don’t listen to others’ advice. Listen to your customers instead, find out what they want and educate them. In the early days, when Harsh and I used to approach people with our idea, they used to laugh at us. That gave us more motivation to work on Groww. So, do what you think will be right for your customers.”