It’s no less complex than any Sherlock Holmes mystery and nearly as long as some Indian soap operas — we are talking about the story of BYJU’S and the lack of any transparency around its operations and financials.

The Indian giant, the highest valued edtech company in the world, has been put under pressure by the media, general public, regulators and even members of the Indian parliament, but so far all we have heard from the company is that the financials are delayed.

The D-day has been changed from last month to this month and now we are only likely to see the financials in September. And that’s besides other operational hurdles. So what exactly is going on in BYJU’S?

We will look to answer, but after this short detour into our top stories of the week:

The Many Pieces Of The BYJU’S Puzzle

Indian startups typically have a lackadaisical approach to financial reporting — many startups delay this mandatory disclosure by months and settle for paying the penalties associated with late disclosures.

Even by this relaxed standard, BYJU’S track record is quite suspect. Questions around the lack of disclosure are all the more pertinent for BYJU’S given the scale of the company.

According to its last financial reports, filed for FY20 (year ending March 2020), BYJU’S made a net profit of INR 51 Cr on a revenue base of INR 2,434 Cr. That was the last disclosure by the company.

These past two years have been critical for edtech given the boom during the pandemic, but so far, we have no idea how well BYJU’S has fared in this time.

The reasons being reported have ranged from auditor Deloitte not signing off on the financials to supposed revenue recognition problems in accounts of acquired companies. That’s what the Byju Raveendran-led company told the Ministry of Corporate Affairs this past week about the delay in filing the audited financial statements for FY21. In mid-August, the company had said its statements would be ready ‘within a week’ as auditor Deloitte had approved the books.

According to its reply, BYJU’S claims the delay is because the edtech major is consolidating accounts of startups it had acquired in FY21 and FY22. With a total of $2.3 Bn spent last year, or about 10% of its total valuation, BYJU’S is now under considerable pressure to report the revenue correctly.

In FY21, the edtech major made three major acquisitions — WhiteHat Jr for $300 Mn, Scholr for $180 Mn and LabinApp for an undisclosed amount.

Then in FY22, it acquired offline test prep major Aakash for a whopping $1 Bn, Singapore-based Great Learning for $600 Mn, Toppr for $150 Mn, US startup Epic for $500 Mn, Tynker for $100 Mn and Whodat, GradeUp, HashLearn and Austria-based GeoGebra for an undisclosed sum.

BYJU’S has reportedly not yet completed the transaction for the Aakash deal and will only clear the pending $180 Mn due to Aakash investor Blackstone by the end of September. The US-based PE firm was set to receive $400 Mn from BYJU’S after the acquisition, but only just over half of that has been paid. 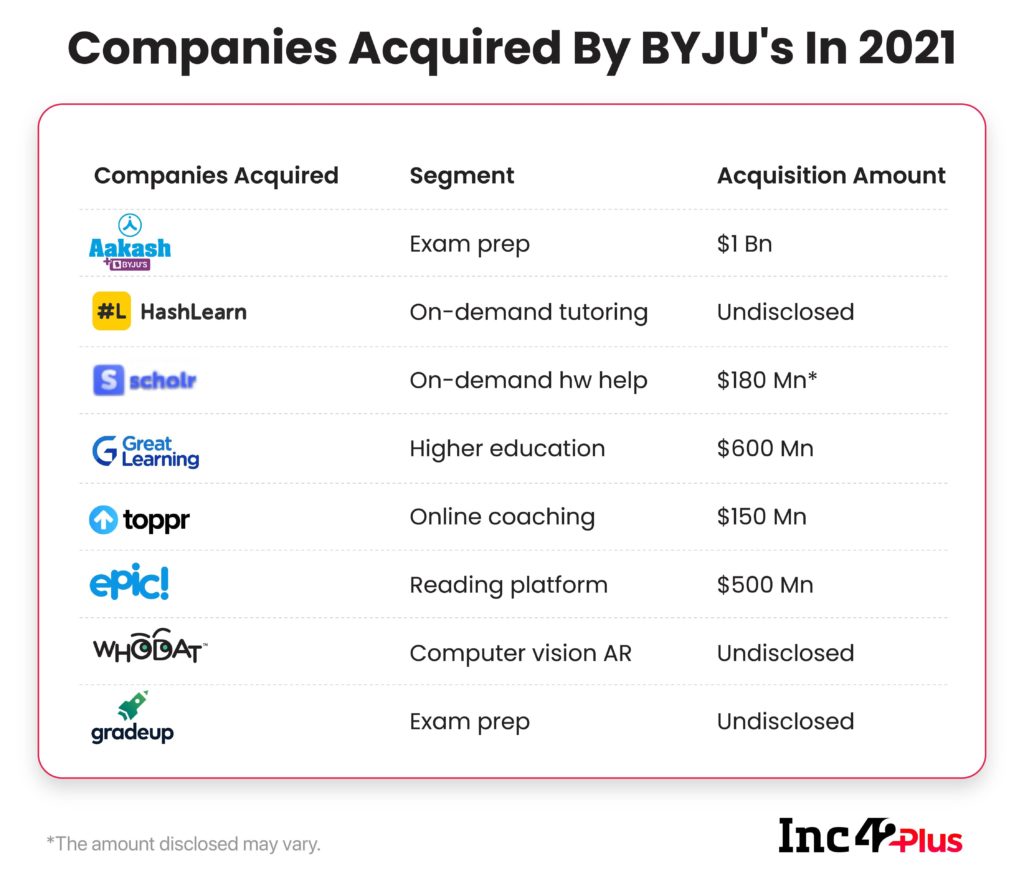 One reason being cited for the delays is that the company is in talks to raise funds to wrap up this deal and other transactions.

Questions About Investors And Profits

The one acquisition that BYJU’S is most desperate for is still unfulfilled. The edtech giant made a billion-dollar bid to acquire US-based listed edtech major 2U, to enable it to list in the US via a SPAC entry, but this is currently stalled. Its efforts to raise funds for this deal are said to have hit a wall.

It does not help BYJU’S that its constant need to expand and acquire companies cannot currently be backed by investors. Given the so-called funding winter, BYJU’S and other edtech giants are going through cutbacks.

While Unacademy has grabbed the headlines for the number of cuts, BYJU’S-owned WhiteHat Jr had also consolidated operations and as a result more than 1,000 employees were impacted. We don’t know exactly how the company’s expenses have increased but we know that it did hire aggressively to meet its expansion goals.

In February, BYJU’S COO Mrinal Mohit told us the company planned to hire 10,000 employees for its offline operations, but whether it actually brought on board this number is unclear. Without a look at the costs over the past two years, one cannot say for certain how much more or less it is spending now compared to 2020.

Beyond the lack of financials, BYJU’S is facing the heat for announcing fundraises where the amount promised by certain investors has not come in. Member of Parliament Karti Chidambaram raised the point to the Special Fraud Investigation Office (SFIO) after reports about the missing tranches.

In particular, $250 Mn from Sumeru Ventures and Oxshott Capital Partners are yet to hit the company’s bank accounts, with BYJU’S last month attributing the delay to ”macro-economic reasons”.

The Responsibility Of A Private Company

Many might argue that BYJU’S being a private company should not be put under scrutiny as it sets a bad precedent for other companies and hurts the ease of doing business. While that argument does have its merits, one needs to look at just what BYJU’S means for the Indian startup ecosystem.

It has an outsized influence on the ecosystem with over 50 investors, including some of the world’s largest sovereign funds, philanthropic organisations, private equity giants and VC funds.

Till date, BYJU’S has raised over $6.3 Bn in funding — the investor ecosystem’s exposure to BYJU’S is significant. Any devaluation in the company will be a major signal about not only edtech but the potential of Indian startups. The impact will trickle downstream on to other edtech startups and unicorns.

Plus, BYJU’S has been eyeing an IPO for a while, and its track record does not infuse confidence about whether it can keep up with the higher compliance burden for public companies.

In the case of BYJU’S, the disclosure is even more pertinent, in our opinion, as it is one of the handful of Indian unicorns to have reported a profit in their last financial report. Even though this was two years ago, now is the time for the edtech giant to prove that the Indian unicorn story is not just about paper valuations but actual profitability. 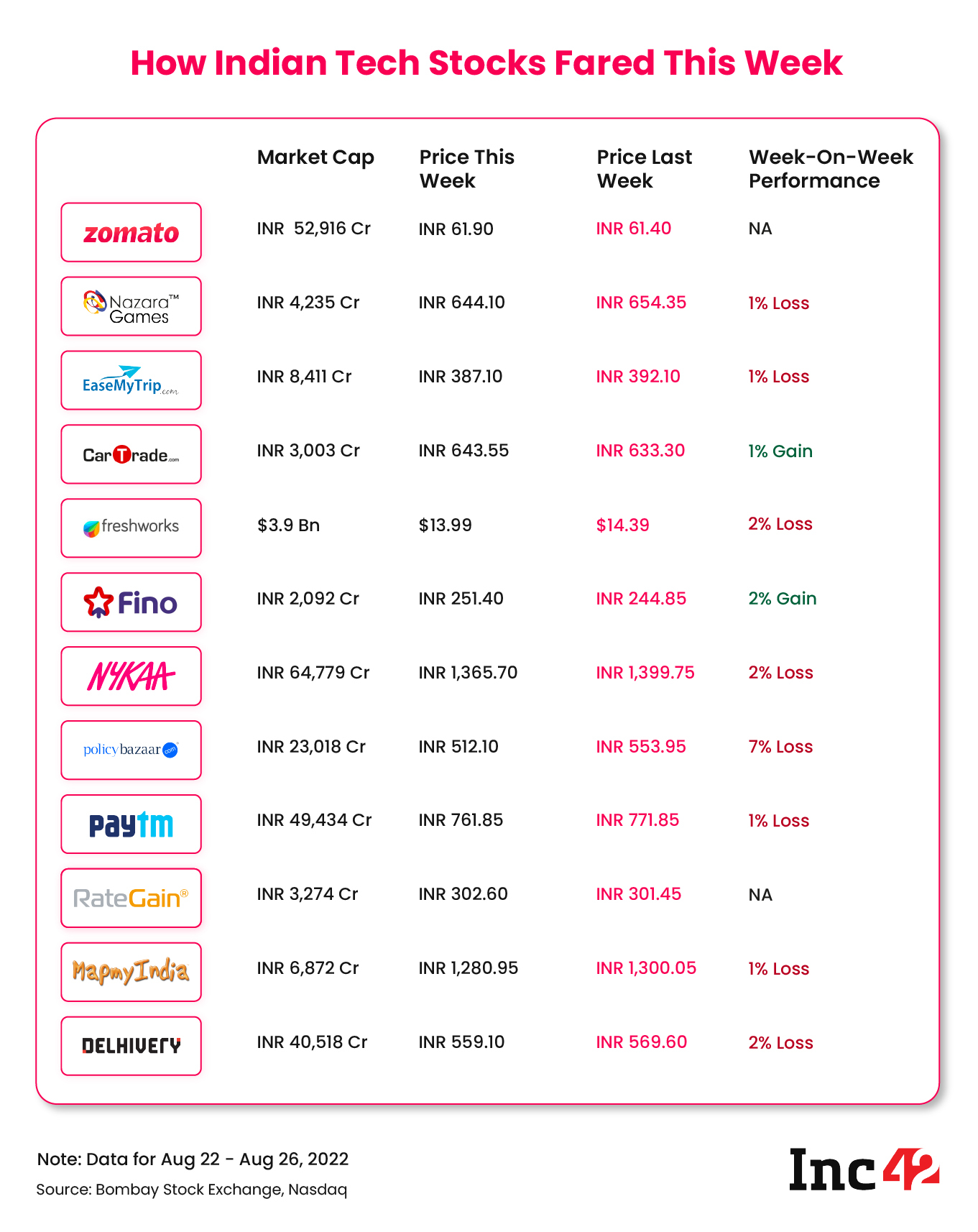 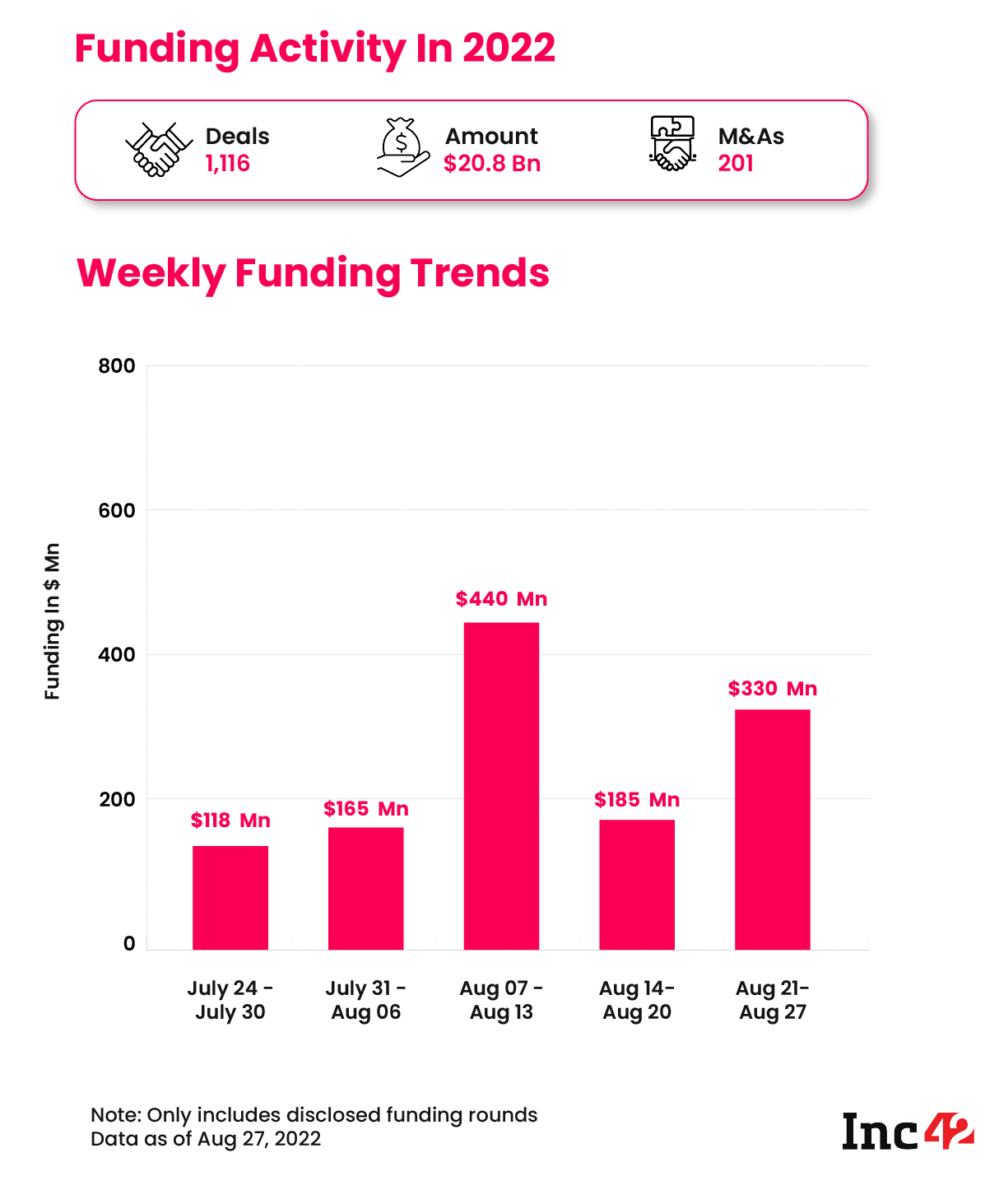 That’s all for this Sunday. We’ll see you next Sunday with another roundup.