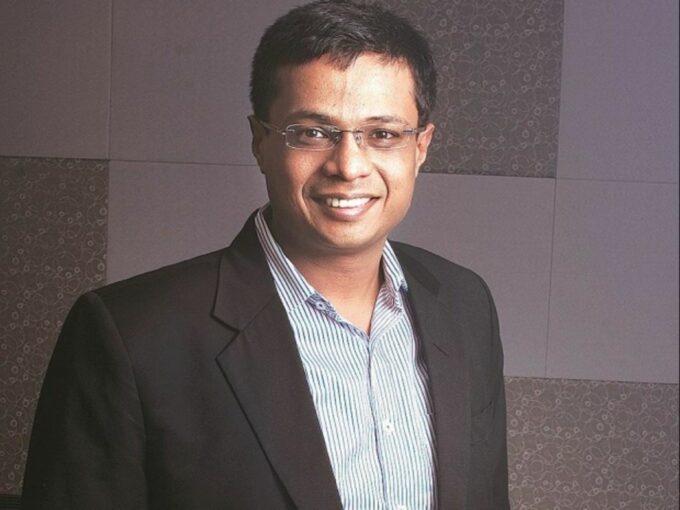 Sachin Bansal-led Navi Mutual Fund has submitted draft documents to the Securities and Exchange Board of India (SEBI) to launch its blockchain index fund of fund (FoF).

The Navi Blockchain Index FoF would be an open ended fund of funds that invests in the units of overseas exchange traded funds or index funds based on the Indxx Blockchain Index. The ETFs or index fund will in turn invest in equity or equity related securities of domestic and international non-financial companies listed at NASDAQ.

The Indxx Blockchain Index tracks the performance of companies that are either actively using, investing in, developing, or have products that are poised to benefit from blockchain technology.

The index includes the stocks of Nvidia Corp, Salesforce.com, Microsoft Corp and Tesla Inc among others.

Navi said that the scheme may invest predominantly in the units of overseas mutual fund ETF and index funds based on Indxx Blockchain Index, which invest in equity or equity related securities of domestic and international non-financial companies listed at NASDAQ Stock Market.

The scheme would offer units for subscription and redemption at net asset value (NAV) based prices on all business days on an ongoing basis, commencing not later than five working days from the date of closure of NFO period.

“Any change in the investment policies or the fundamental attributes of the underlying schemes could affect the performance of the Scheme,” the document said citing the risks of the scheme.

The fund seeks to collect a minimum subscription amount of INR 10 Cr under it.

Last month Invesco Mutual Fund had to put on hold the launch of its blockchain fund in India. The fund house planned to launch Invesco India – Invesco CoinShares Global Blockchain ETF Fund of Fund on November 24 but it put it on the backburner due to uncertainty around rules on cryptocurrency investments in India.

Although the concerns have been raised over regulations on blockchain-backed cryptocurrencies, the government and Reserve Bank of India (RBI) have so far sounded supportive towards blockchain as a technology.

Bansal-led Navi Technologies turned profitable in FY21. On December 1, 2021, the startup posted a profit of INR 71 Cr in FY21, a significant improvement after incurring a loss of INR 8 Cr in FY20.

Founded by Bansal and his former Flipkart colleague Ankit Agarwal in 2018, Navi operates in lending, general insurance, mutual funds and microfinance. In June this year, Navi launched a monthly subscription EMI-based insurance product instead of the usual annual premium that insurance providers demand.