Swiggy, Zepto, Dunzo, Blinkit & Co are actually embracing the idea that faster deliveries are not the only way to win the quick commerce battle

Even when the craze for 10-minute deliveries and quick commerce one-upmanship was at its peak in late 2021 and early 2022, startups in this space could not answer one fundamental question: was it really needed?

And as predicted by many months ago, including us, the hype has died down. Swiggy, Zepto, Dunzo, Blinkit & Co are actually embracing the idea that delivery time is not the only way to win the battle. Now the tune has changed towards inventory, private labels and delivery efficiency.

This Sunday, we are looking at the changing face of quick commerce in India through the lens of a few recent developments and taking stock of this evolving segment. But first, here are the top stories this week:

The Changing Face Of Quick Commerce

Move fast and break things may be true for many startups and many sectors, but this has been most evident in the quick commerce battle where startups seemed to be gearing up overnight to expand and grab market share.

After their marketing blitz with inane ad setups fuelling the ten-minute delivery craze and social media games, quick commerce platforms are coming back down to reality.

Given how rapidly this segment expanded — at least in the metros — and the spate of new competitors, it was no surprise that much of the early battle was fought on the marketing front. Zepto was the first startup to promise 10-minute delivery which then prompted the likes of Blinkit, Swiggy and Dunzo to join the race. New startups such as Warpli, founded by Grofers (Blinkit) cofounder Saurabh Kumar, have had to take a breather from this race, while Ola has pulled out quickly after joining the bandwagon.

Quick commerce shutdowns have made headlines across US, Europe, Asia and soon this bitter reality might hit Indian startups too.

Ten minute deliveries were never the reality. Even in the initial days, only a fraction of orders would actually be delivered in that promised time, with most other orders taking twice as long.

Anecdotally speaking, it’s always taken more than 20-25 minutes for most Swiggy Instamart, Blinkit or Zepto delivery in Delhi, even when delivery riders of these platforms are seen pretty much in every block. But the gap between the promised time and the actual delivery is not due to inefficient systems, but down to availability of the right products at each dark store.

Delivery time was a marketing play. Plain and simple, and now all that bluster is being toned down. Dunzo’s Kabeer Biswas had also said that quick commerce platforms can penetrate beyond metros, but the promise will change. Which is another way of saying quick commerce will be relatively quicker than alternatives in those locations currently.

In the metros too, quick commerce models are evolving faster than ecommerce because user behaviour is being shaped on a daily basis. As users matured and became familiar with these platforms, their order patterns changed and more and more products were added to baskets, according to the founder of a quick commerce platform. This meant that the closest dark store might not have that exact combination of products available, so the order is directed to the nearest dark store with the right products. So only some very specific product combinations could be delivered within 10-15 minutes.

But even so, consumers were never using these apps for the delivery time promised, but for the convenience. A delay of a few minutes is tolerable if the right products are available and that’s how the delivery apps hope to survive despite the steep competition.

Users will compromise on time by a few minutes for critical purchases, so Zepto, Dunzo, Swiggy and Blinkit will coexist on the phone. User behaviour will be critical to study and will be key for retention, as users will switch to the one that has the right inventory, as they are doing already.

Focus Back On Tech

But nevertheless the spending spree of quick commerce apps in terms of promotions and marketing has changed. Discounts are being offered more intelligently for the right incentives, plus the likes of Swiggy Instamart chart a minor delivery fee for faster fulfilment. It does make a big difference in solving unit economics in smaller orders.

User experience and inventory management will become key battlefronts and again the conversation might turn to tech rather than tall promises. Marketing battles are fun but tech is the real deal. UX will be down to smarter product suggestions and easier discovery of the right products within the app, while inventory management might require companies to figure out logistics between dark stores to accommodate changes in demand on the fly.

Who among Blinkit, Zepto, Swiggy, Dunzo and the other quick commerce players will win on these fronts?

The answer might not exactly be Blinkit’s printouts delivery, but it’s some version of it. It’s about seeing spikes or changes in demand and being agile enough to move there.

Zomato sure is bullish about quick commerce. “We expect the overall customer base, average order value as well as monthly order frequency to be higher than food delivery,” CFO Akshant Goyal said in the company’s Q1 FY23 investor presentation.

The big focus area for all players will indeed be improving the unit economics to stay the long haul. Dunzo is reportedly doing this by clearly focussing on shorter trips for its riders to fulfil more deliveries per hour and therefore spread the driver cost across more orders.

At the same time, it is also moving to group deliveries to average out the low margin in certain other orders. In essence, five or six customers would be paying for one delivery trip. And this can help offset the lower margins on other orders where customers have been given discounts or where the delivery cost cannot be recouped. Whether this will work in many locations within a city is yet to be seen.

But that’s the nature of quick commerce — turns out the quick is not about timing, but about how quickly things are changing. 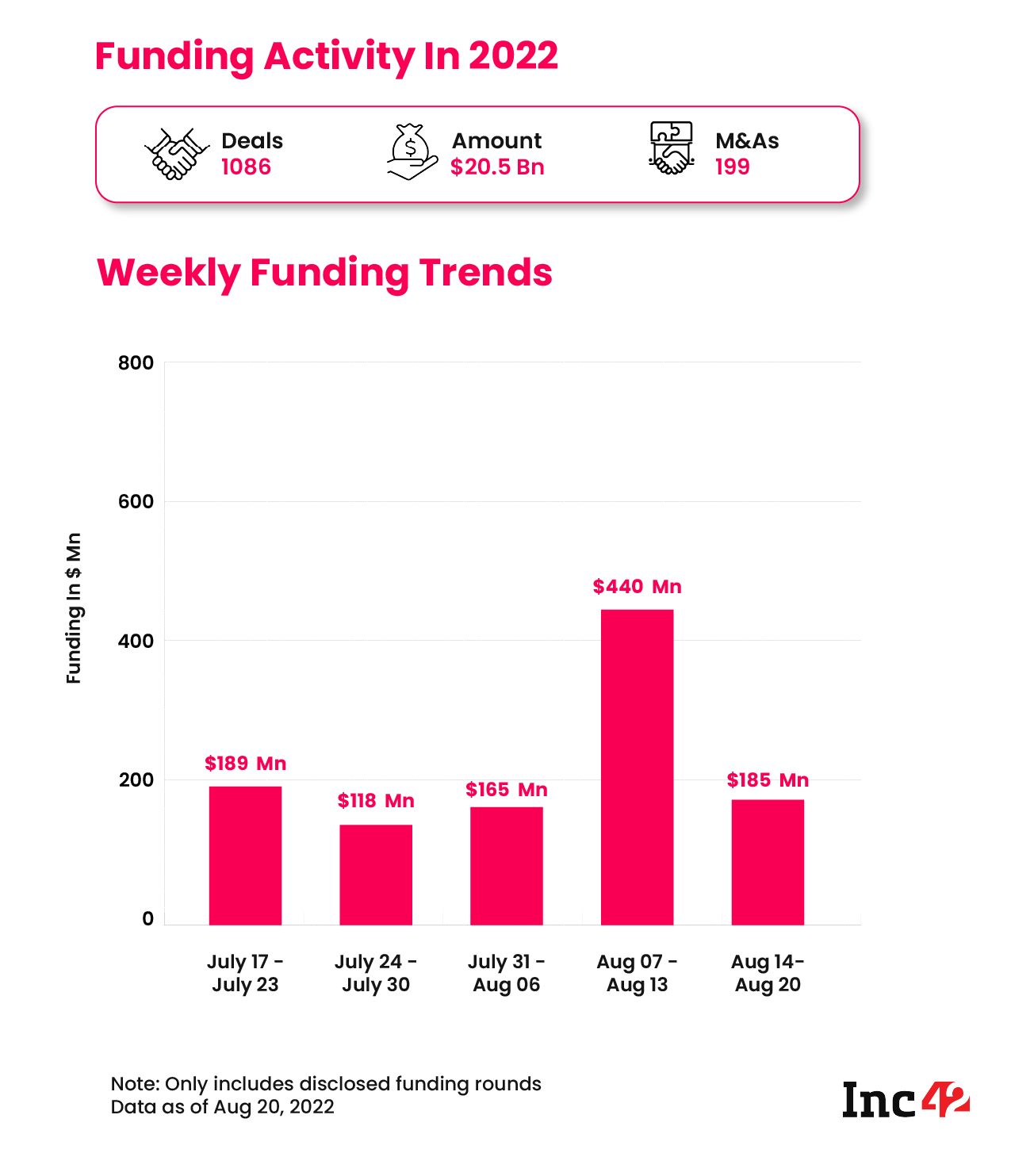 UPI In The UK & Other Top Stories

That’s all for this Sunday. We’ll see you next week with another roundup.