Existing investor Epiq Capital is pumping in around $24.7 Mn in three tranches 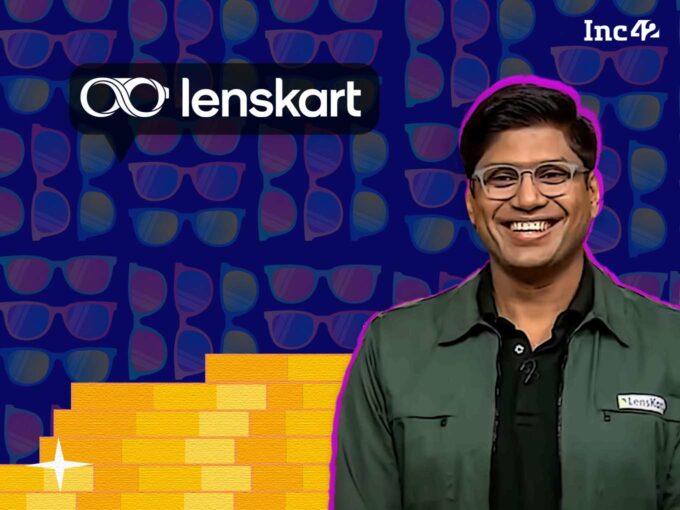 IPO-bound eyewear giant Lenskart is raising close to $24.7 Mn in a fresh round of investment from its existing investor Epiq Capital. The development has come a couple of days after it had raised  $100 Mn from Alpha Wave Incubation.

The round also happened nine months after it raised $315 Mn at a valuation of $2.5 Bn. The Peyush Bansal-led startup had issued 9,10,412 Series I CCPS to Epiq Capital for raising this $25 Mn (INR 190 Cr). The investment is likely to happen in three tranches in the coming weeks.

Last week, Lenskart received $100 Mn (INR 760 Cr) after allotting around 3.6 Mn Series I CCPS to Alpha Wave Ventures. As per Inc42’s estimate, the funding was raised at a valuation of $4.3 Bn.

The ongoing fund raise seems to be part of a larger $200 Mn to $250 Mn round that the startup is intending to raise as an Pre-IPO round.

Founded in 2010 by Bansal, Amit Chaudhury, and Sumeet Kapahi, Lenskart claims to reach 1,00,000 customers per month. The startup boasts of serving more than 7 Mn customers annually through its omnichannel shopping experience; which spans online, mobile application, and more than 750 omnichannel stores in 175 cities across the country. Lenskart expanded its business on foreign soil in 2019 when it entered Singapore in 2019.

In 2021, Lenskart had launched ‘Vision Fund’ where it would invest $2 Mn in selected startups that are synergistic to the eyewear, eyecare, and omnichannel retail sectors.

The startup achieved the unicorn status in 2020, after raising INR 1,645 Cr ($231 Mn) from SoftBank Vision Fund II and Lightbulb Ltd as part of its Series G funding round. The startup has raised $459.6 Mn to date from investors including Chiratae Ventures, TPG, PremjiInvest, Unilazer Ventures and others.

The development was first reported by Entrackr.