The platform only allows those users to create a profile who can prove their identity through real-time profile pictures. 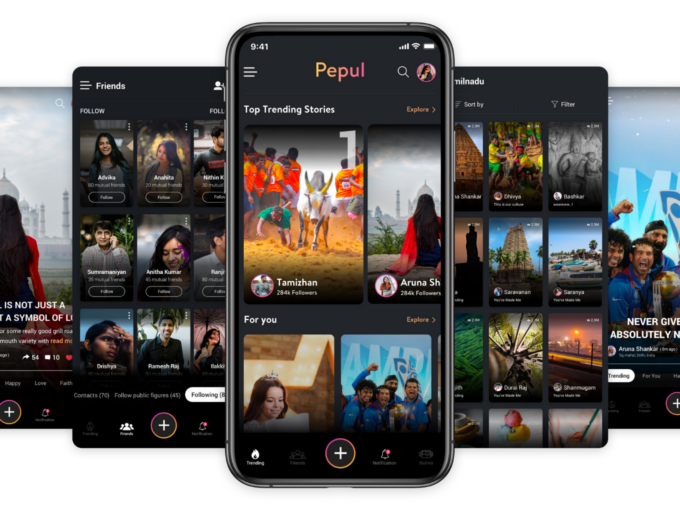 Founded in 2020 by Suresh Kumar G, the Chennai-based startup claims to be a privacy-first and interest-based social media network that restricts “anonymous users & negative content” on the platform. The platform only allows those users to create a profile who can prove their identity through real-time profile pictures.

Speaking on the fundraise, founder and CEO of Pepul, Suresh Kumar G said, “We are thankful to all the investors who have trusted us and our team and for backing this audacious vision of building a positive safest social network from India for the world. Their backing gives us more responsibility to do a great platform that touches millions of lives and make them proud”

The social media startup will use the funding for ramping up infrastructure, team expansion and increasing user count. The app, which is still in the beta phase, has been downloaded across 177 countries, the startup claimed. However, the startup’s current focus is to acquire users in India.

A 2021 report by Smart Insights found wide variation in active social media penetration reaching 66% in Eastern Asia to 31% in Southern Asia. With a huge market yet to be explored, local companies are vying for the pie in this hugely competitive market, offering hyperlocal services and country-specific services.

In the same space, recently, Indian social media startup Zorro raised $3.2 Mn from 3one4 Capital and 9Unicorn Ventures. Mohalla Tech, the parent company of Sharechat and Moj, recently raised $266 Mn as part of its Series G round, valuing the company at $3.7 Bn.

In the last two years, India has seen the launch of several social media startups catering to different content formats and user bases. The exit of TikTok led to the launch of many short-video apps like Chingari, Josh and Mitron. Sharechat and Moj too continue to garner greater traction with their parent company in talks to acquire MXTakaTak, another short video app. On the other hand, the desi Twitter alternative, Koo had raised $30 Mn in a Series B funding round led by Tiger Global in May last year.