We will be recalling some vehicles from the batches that caught fire: Bhavish Aggarwal

An internal investigation on the cause of fires is still ongoing. We believe penalties and other stringent norms are welcome from our side: Aggarwal

The development comes close on the heels of Pure EV recalling more than 2,000 of its ETRANCE+ and EPLUTO 7G models. 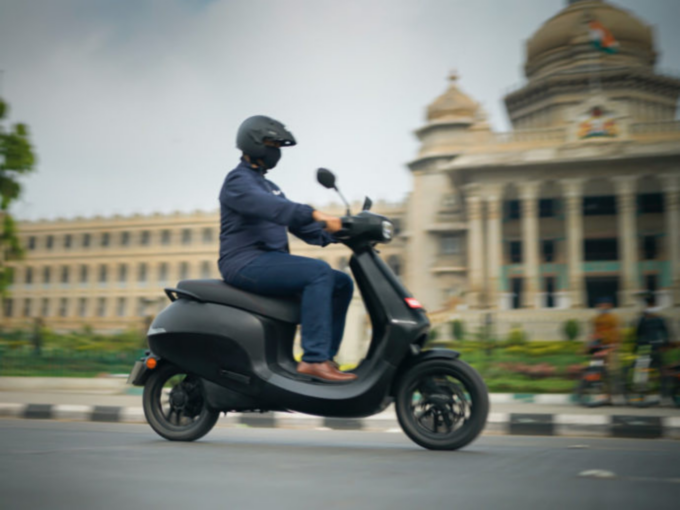 “We will be recalling some vehicles from the batches that caught fire. An internal investigation on the cause of fires is still ongoing. We believe penalties and other stringent norms are welcome from our side,” Ola CEO Bhavish Aggarwal was quoted as saying by ET Now.

The announcement comes barely days after an accident involving an Ola ebike led to the hospitalisation of the rider.  The incident took place in Guwahati and came to the fore after the injured man’s father tweeted about the incident. In response, Ola said that the incident was not caused by a malfunction but due to overspeeding and panicked braking by the driver.

This is the second incident involving an Ola Electric scooter. Earlier in March, an Ola S1 Pro scooter in Pune was captured on camera catching fire. .

The development also comes close on the heels of Pure EV recalling more than 2,000 of its ETRANCE+ and EPLUTO 7G models. The vehicles were recalled to ascertain issues related to battery imbalance and charger calibration.

Earlier this month, Union Minister for Roads, Transport and Highways Nitin Gadkari also called on EV companies to “advance action to recall all defective batches of vehicles immediately”. In a stern warning, he also said that the EV manufacturers found negligent will face heavy penalties, and a recall of all defective vehicles will be immediately ordered.

Amidst rising number of EV fires, the Centre had also deputed a high-level team to various accident sites in Vellore, Pune and Trichy to probe the matter. The team comprised experts from the Indian Institute of Science and the Centre for Fire, Explosive and Environment Safety.

The investigation would cover a gamut of issues including manufacturing issues and adherence to standards during the manufacturing process.

The number of EVs have been seeing a continuous rise in the country. According to the Federation of Automobile Dealership Association (FADA), 4.29 Lakh EVs were sold in FY22. Hero Electric continues to lead the sector, with a market share of 28.23% in the two-wheeler segment. Okinawa Autotech came in second, grabbing 20.08% of the market share.