Ola Electric has increased its authorised share capital from the existing INR 22.2 Cr to INR 3,825 Cr

The EV unicorn is also issuing bonus shares to its all stakeholders in the proportion of 1,94,998:1 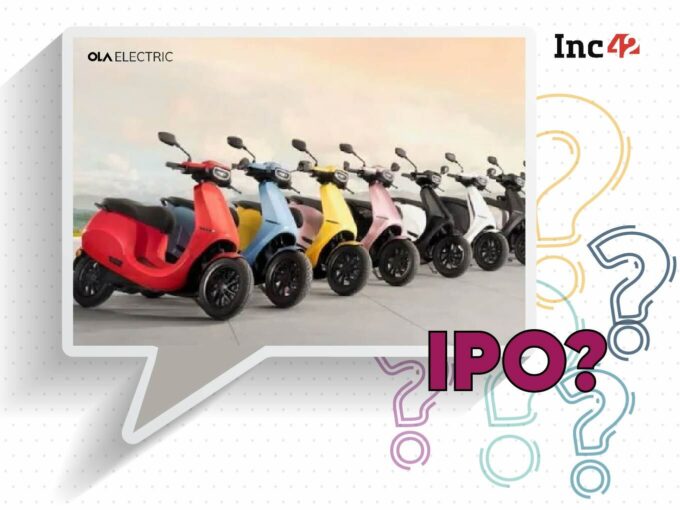 Bhavish Aggarwal-led two-wheel electric manufacturer Ola Electric might be heading toward public listing sooner than expected. The unicorn EV manufacturer, which is experiencing a difficult time in delivering its much-hyped EV scooters S1 and S1 Pro has expanded its authorised share capital by a whopping 17,121%.

The startup is also issuing bonus shares to all stakeholders, another crucial step taken by a company gearing for an IPO. As per the filings, Ola Electric’s board has proposed for the issuance of fully paid up bonus shares to the existing holders of all classes of shares in the proportion of 1,94,998:1.

The above translates, for every equity share held by an investor, Ola Electric will issue 1,94,988 fully paid up shares. It is to be noted that Ola Electric is backed by marquee investors including SoftBank, Falcon Edge, DIG Investments, among others. It has also added celebrities Farhan Akhtar and Zoya Akhtar, along with Paytm founder Vijay Shekhar Sharma to its captable, recently.

The development comes months after Ola Electric moped $200 Mn from Falcon Edge, Japan’s SoftBank, and other existing investors. Ola Electric had said that the fundraise would help it to continue the development of other vehicle platforms, including electric motorbikes, mass-market and electric cars.

Several media reports had also suggested that Ola Electric is looking to raise another round of funding.

Five months back, in an interview, Bhavish Aggarwal had spoken about the company’s IPO plans for the first time.

“Both companies in due course will go public. Ola will obviously go public sooner, it’s a more mature business — sometime next year, but we don’t have any final date to share with everybody,” Aggarwal had said.

Founded in 2017, Ola Electric entered the celebrated unicorn club within two years of its launch after raising $250 Mn from Masayoshi Son-led SoftBank.

The startup launched S1 and S1 Pro in August this year. The EV unicorn had initially scheduled the live sale on September 8, 2021 but later delayed it to September 15, 2021 due to a technical glitch.

The startup had also delayed the delivery of the e-scooters. The first batch of deliveries was pushed to December 15 (to be continued till December 30), from the earlier expected date of October 25 to November 25. The startup has now handed over a few of the orders to its customers. However, several media posts and reports suggest that the products are lacking several features and seem to have been manufactured in a haste.