Government ‘interested in balancing’ the issue of privacy with that of safety and trust: MoS in Parliament

New IT Rules effective in dealing with the issues of safety online and to curb the misuse of social media: Minister 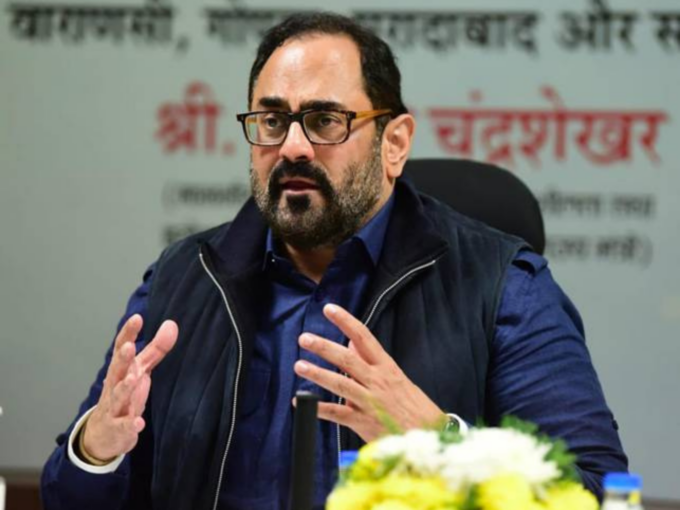 In a big announcement that could have far reaching consequences, Centre informed the Parliament that it does not intend to make verification of social media users mandatory.

This was stated by Minister of State (MoS) for Electronic and IT, Rajeev Chandrasekhar, in response to a query in Lok Sabha on Wednesday (March 30).

Replying to a question by Congress’ Abdul Khaleque, the MoS further stated that the decision was taken keeping in mind the privacy issues surrounding the matter.

Sharing concerns raised by MP, the MoS said, “The internet and technology have empowered people and transformed their lives and governance being a platform for good, but user harm, criminality and fake news type of issues are also on the rise.”

He further added that, “I empathize with what you are saying but our approach is not to make verification of the users mandatory.”

In reply to another question from Congress’ Manish Tewari, the Minister said that the government was ‘interested in balancing’ the issue of privacy with that of safety and trust.

Pointing towards the new IT Rules, the MoS reiterated that the provisions under the new rules were ‘effectively’ dealing with the issues of safety online and to curb the misuse of social media.

“We will continue to expand the scope of those kinds of rule to ensure that internet is safe and trusted,” he added.

Reiterating his stance, MoS also said, “We believe that the rules promulgated in February 2021 cast an obligation on the intermediaries to be able to detect and identify the first originator of any criminal activity.”

It is pertinent to note that the Centre had implemented the Information Technology (Intermediary Guidelines and Digital Media Ethics Code) Rules in February last year.

Notably, many critics have pointed out that the new IT Rules ‘muzzle free speech’ under the guise of the laws. The rules have also been challenged by many social media companies.

Commenting on such a case filed by WhatsApp before the Delhi High Court, the MoS said, “While the matter has been challenged by some intermediaries, the government is robustly defending its position that this anonymity cannot be a blanket one.”

DMK member, D Ravikumar, also raised a query about steps taken by the government to curb ‘hate crime’ on social media against women of a particular community, the Minister said that the government is ‘actively’ responding to such issues..

The MP was referring to the controversy surrounding Bulli Bai and Sulli deals apps where photos of women from a particular community were put up for auction. This comes on the heels of a Delhi Court granting bail to two of the accused – Aumkareshwar Thakur and Neeraj Bishnoi – citing wellbeing issues.

Earlier last month, Information Technology Minister Ashwini Vaishnaw had also hinted at bringing in ‘stricter rules’ in this regard provided there was a political consensus on the matter.