If this past week has taught us anything, it’s that more and more people are now questioning just how serious is due diligence for angels, venture capital firms and other startup investors. Till a few months ago, the phrase itself might have been a rarity, but now due diligence is top of mind for those observing the startup ecosystem, as again highlighted by our in-depth story on Zepto this past week.

In a way, this is also a signal of maturity, but it’s an issue that could quickly get out of hand, if not addressed. We will see how the role of investors is coming under the spotlight, but after these two stories:

The Startup Due Diligence Dilemma

A slew of incidents and discrepancies at growth-stage startups and unicorns has become a big problem for investors in the Indian startup ecosystem. From the highs of 2021, now the focus is on due diligence and fostering responsibility among founders and entrepreneurs, particularly as the reach of the ecosystem spreads to heretofore underserved areas of India.

It’s safe to say that at no other time in the past decade of tech startups has due diligence been such a central debate among the stakeholders.

And this week, our investigation into the early days of quick commerce startup Zepto has elicited a range of reactions too. So before diving in, do take 15 minutes to read our story:

The huge focus on startups since 2020 amid the pandemic has made life less private for private startups. In the past few months, we have seen the BharatPe controversy which involves its investors and directors. In the aftermath, several questions were raised about the extent of due diligence by investors in deals that have a higher upside potential.

In the case of the BharatPe saga, investors have to answer for the years of investment and the lack of thorough due diligence into some of the financial irregularities that are now being reported by the company. They could have brought to light many of these problems well before they escalated.

Beyond this, we have seen unicorns and VC-funded companies Infra.Market, Trell and Zetwerk get caught in tax and irregularity probes. Many companies such as Furlenco, Trell are going through layoffs just months after raising funds. The ease of access to funds meant there was a reckless push for growth, but that did not pay off and employees that were hired so enthusiastically in the past year are paying the price.

And following our investigation into Zepto, we have also seen discussions in startup groups and communities about the responsibility of investors and the role of limited partners in pushing through deals that favour their related interests.

The Mystery Of LPs

Most VCs and private equity funds raise capital from a mix of institutional investors, family offices, HNIs, public or sovereign wealth funds, corporate, family and public trusts to name a few sources. There’s often no clarity on which of these limited partners or LPs has invested how much in a fund — this data is guarded fiercely and investors told us only a few individuals actually have access to this knowledge.

A VC fund typically charges a fund management fee for managing the capital that LPs invest with the fund. The fund management fee can create a conflict of interest, since essentially LPs can part with a higher management fee to limit the corpus size of a fund and specifically invest in particular companies through funds..

What we do know is that in the past, money has been routed through trusts and other vehicles into venture funds and then invested back into businesses with related interests. Such round-tripping of funds is explicitly barred by the Reserve Bank of India. The bank has also stated that roundtripping can occur even if funds are not actually routed to India by an Indian entity through a foreign entity, because of just how complex such multinational holding structures can be.

Due Diligence Begins At Home

The responsibility of an investor lies not only in investing in the right entrepreneurs and founders, but also ensuring that there aren’t related businesses involved when the LPs invest. As many WhatsApp groups have mentioned in the aftermath of the Zepto coverage, nearly every fund has such skeletons in their closet.

Commenting on the criticality of due diligence for investors, 3one4 Capital’s founding partner Siddarth Pai told Inc42, “Due diligence is hygiene for any investment. However, current standard practices of financials, tech & legal due diligence are no longer adequate as other areas of risk are becoming more pronounced.”

The scope of due diligence is expanding as the startup ecosystem attracts entrepreneurs from all corners of the country as well as LPs. “Governance & business integrity checks, Including looking at the quality of co-investors, ultimate beneficial owners of opaque structures, sanctions checks are all coming into vogue. Only a small minority of investors, usually those who have adopted principles of responsible investing and do such checks,” Pai added.

Will more investors look to clean up their due diligence act in the wake of these many controversies that threaten to unravel billion-dollar startups? 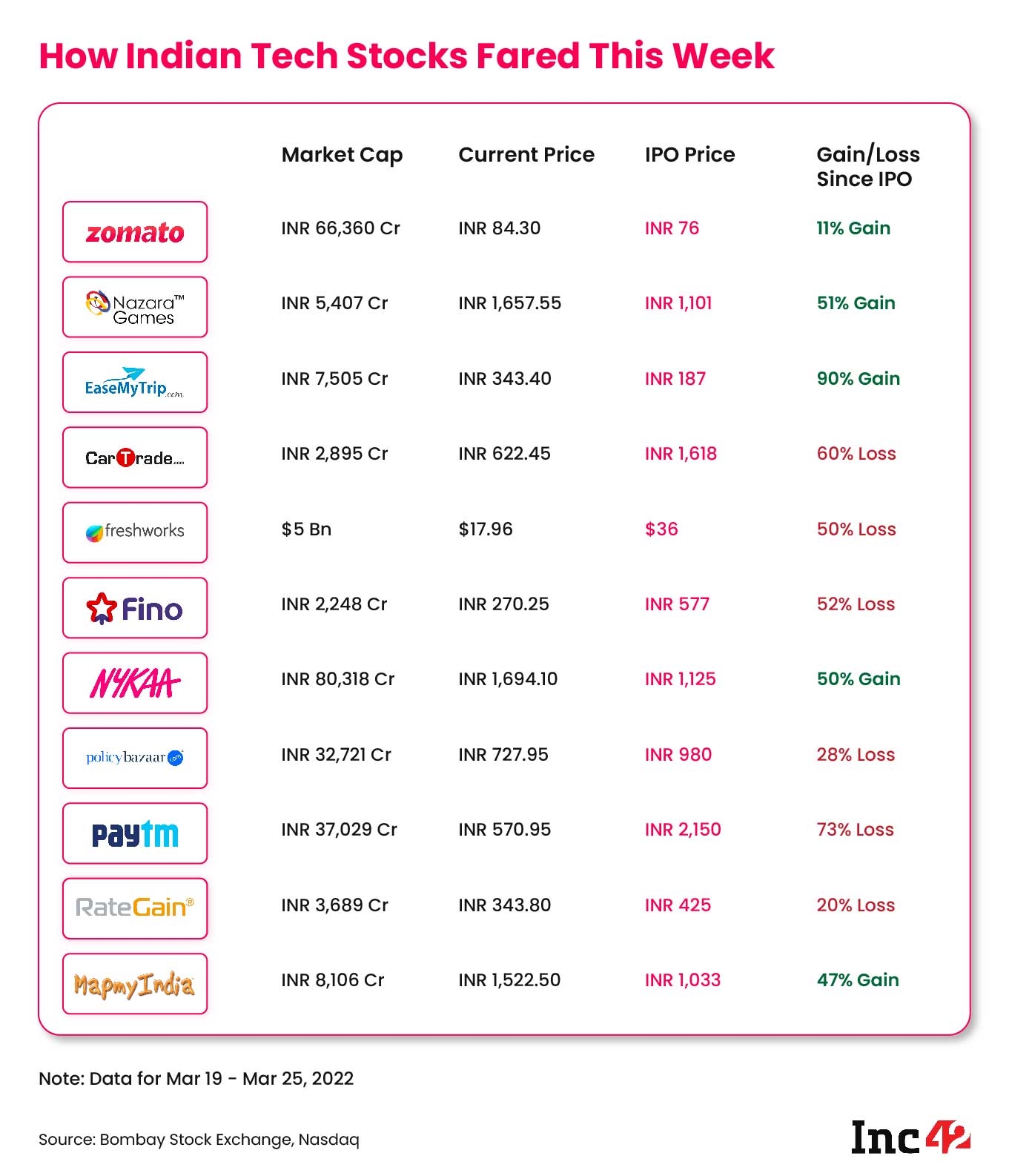 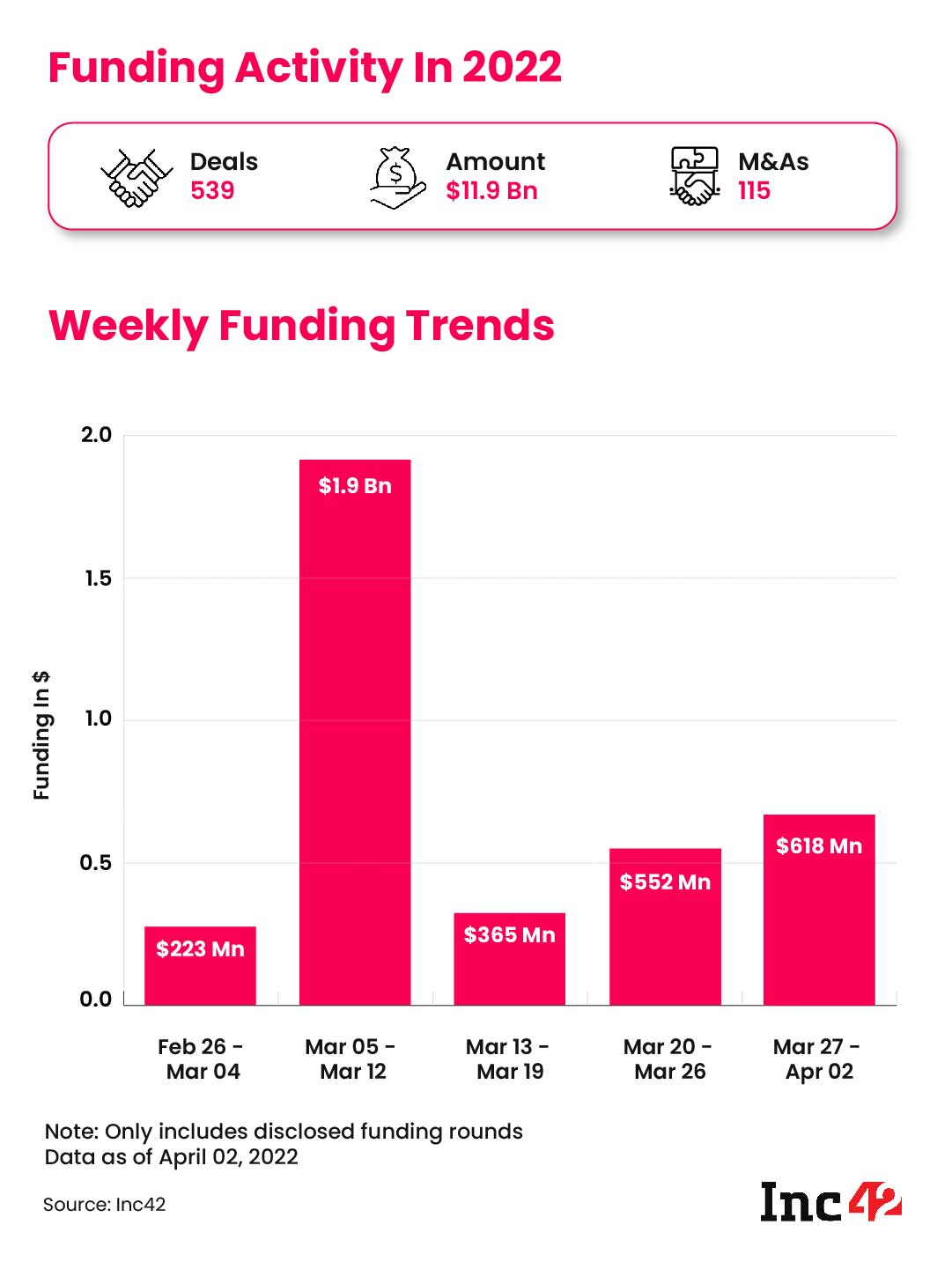 That’s all for now. We hope you have a great weekend.