In Battle With Ashneer Grover, Will BharatPe Go The Housing.com Way? 
There are more than a few similarities between Rahul Yadav’s Housing.com and beleaguered fintech unicorn BharatPe including the lead investor Sequoia

Every now and then, there comes a startup that grips the imagination of the tech ecosystem to rise rapidly, and is then cut to size by pressure and investors. In India, this was Housing.com, while globally WeWork is among the biggest examples.

While both of these companies continue to exist and operate, the aura around them has definitely diminished since the time they burst onto the scene. Something similar is happening to BharatPe and there are more than a few commonalities between Housing.com and BharatPe than at first glance. Is this Deja vu?

But before that here are two smaller stories that also matter:

That the Ashneer Grover and BharatPe controversy has overshadowed the Union Budget (for startups at least) in many ways just goes to show how grave things have turned at the fintech giant.

The Current Situation: This past week, cofounder Grover has claimed that BharatPe CEO Suhail Sameer and the board comprising key investors has forced him out of the company amid all the controversies.

Calling Sameer “a puppet of investors”, Grover has alleged a conspiracy and said that the CEO and the company’s general counsel Sumeet Singh manipulated him into going for a leave of absence. However, last month, Grover claimed that he’s going on leave voluntarily. So which is true? 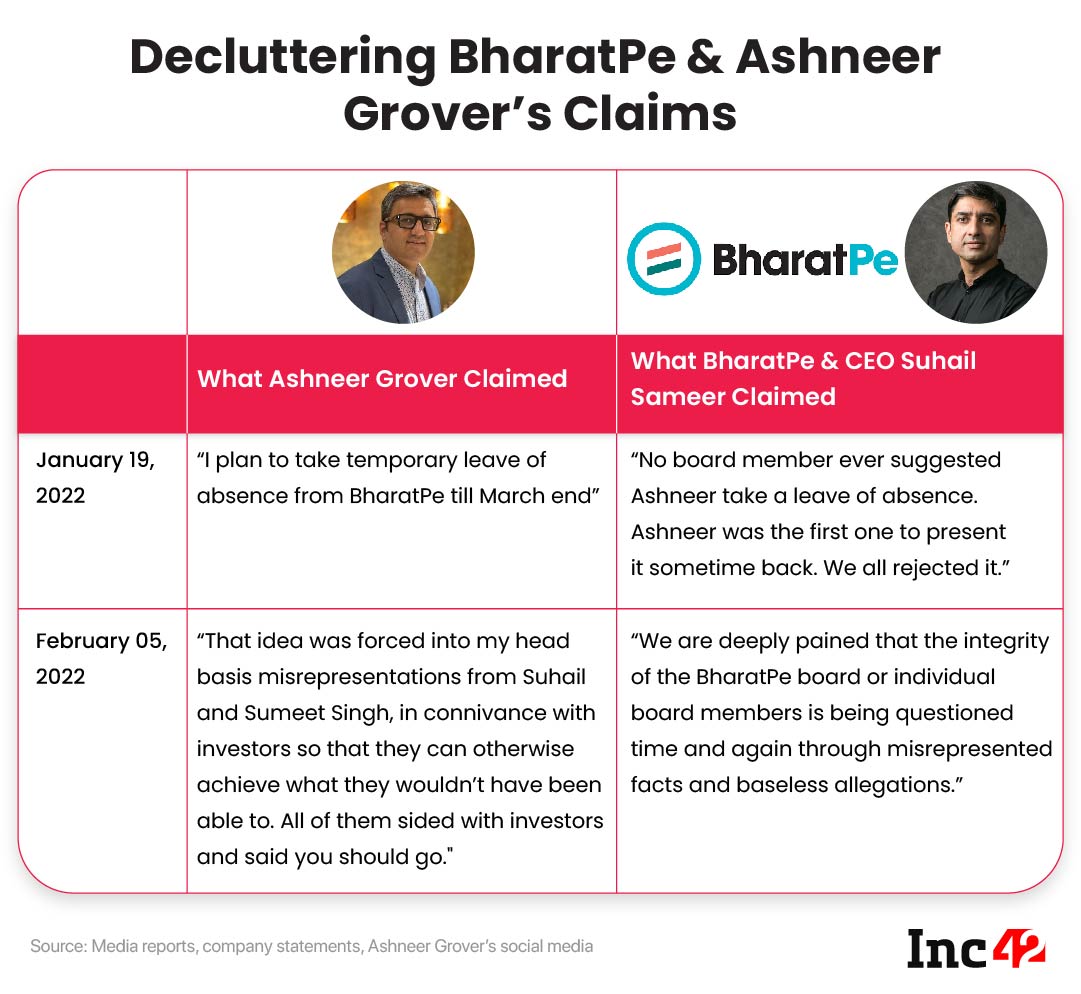 Of course, that’s just scratching the surface — the problems at BharatPe also include malpractices, alleged embezzlement and another cofounder Bhavik Koladiya, who was convicted in a financial services crime in the US in 2015.

Investors have to answer serious questions about shortcomings in their due diligence process before investing millions in BharatPe. And instead of taking potshots at each other through social media and announcements, Grover, BharatPe and its investors need to fix more than the reputation of the company.

Another Housing.com? Of course, a lot of the attention on Grover is due to his brash attitude, which is on display on Shark Tank India. Similarly, Housing.com former CEO and cofounder Rahul Yadav was also known to be an outspoken person, which was on full public display in 2015 after Housing.com had scaled up and reached great heights.

With backers like SoftBank, Sequoia and others, Housing quickly raised funds and was valued at INR 1,500 Cr ($200 Mn) before the entire fiasco. BharatPe has also grown at a similar hot pace and so far has raised over $700 Mn and is valued at $3 Bn.

The Sequoia Connection! In July 2015, amid a number of PR disasters and a public spat with investors (on Quora of all places), Yadav, who was one of 12 cofounders, was ousted from the Mumbai-based startup. Interestingly, the investors at the time were Sequoia Capital and Yadav had publicly criticised the VC’s managing director Shailendra Singh.

Read all about the poaching saga that fuelled the Housing-Sequoia war in 2015.

Now Sequoia is at the centre of another storm as details of a similarly heated debate with BharatPe’s Grover have emerged in the past month. In both cases, it seems Sequoia has had the final word with Yadav ousted and Grover on the verge of the same fate with BharatPe.

Questionable Acts: In BharatPe’s case there are questions of missing due diligence due to allegations of embezzlement, a weak business model, payments to non-existing vendors and a toxic work culture.

During its controversy, Housing also was reported to be spending massively on advertising and even acquired companies without the express approval of investors. It spent nearly INR 120 Cr on a “Look Up” promotional campaign, which was several crores over-budget.

Aftermath: Of course, Yadav has since then launched Intelligent Interfaces, a startup that never really took off, and has made a more recent comeback with Broker Network, another real estate tech company. For Grover, the focus now will be on protecting his stake in BharatPe, even if any plans for a new venture don’t pan out. Besides this, he could look to add to his angel investment portfolio, which has grown since he appeared on Shark Tank.

What’s worrying is after the fiasco at Housing.com, more than 600 employees were laid off. Will a similar fate await the employees at BharatPe?

Funding Roundup For The Week 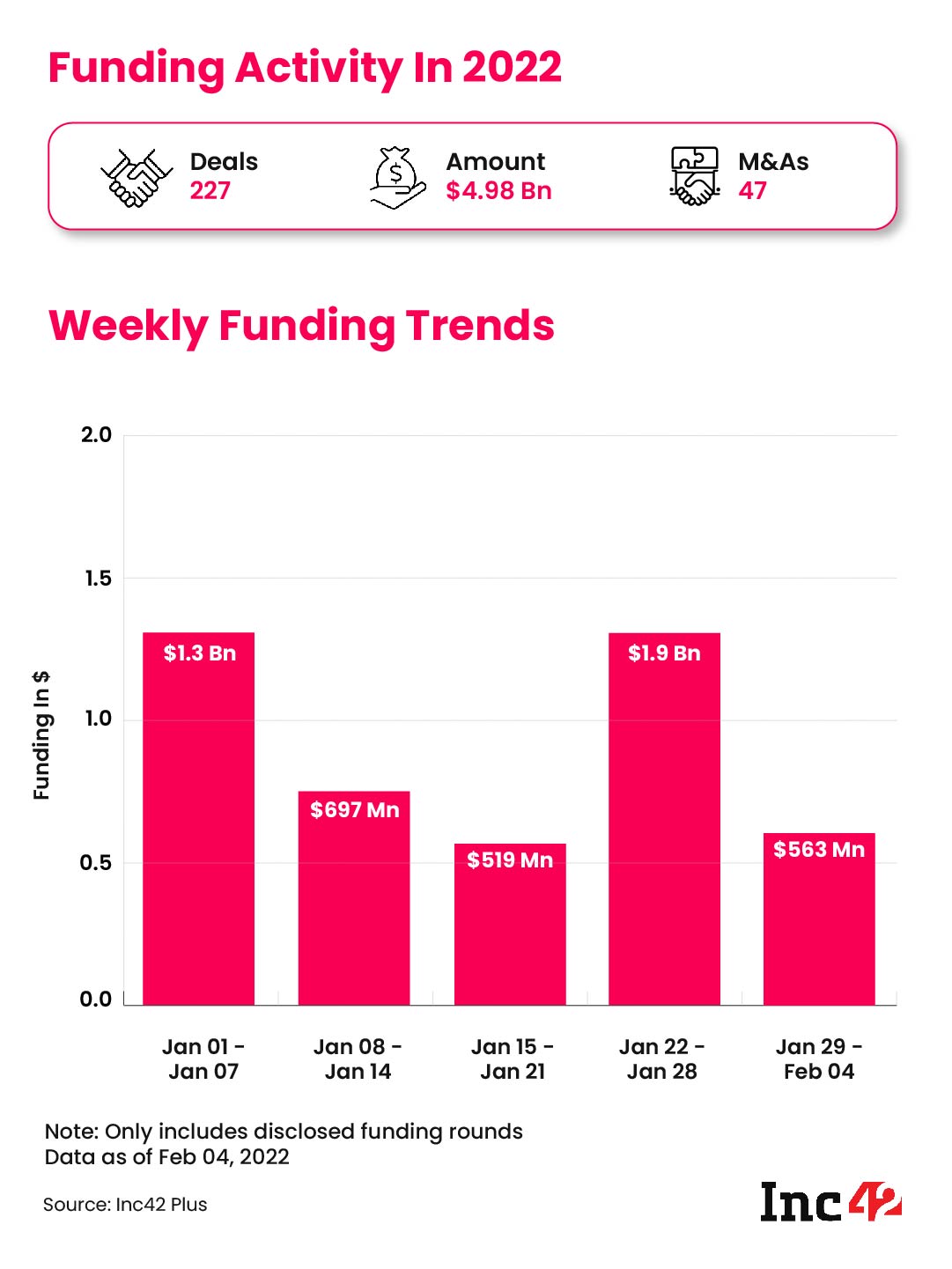 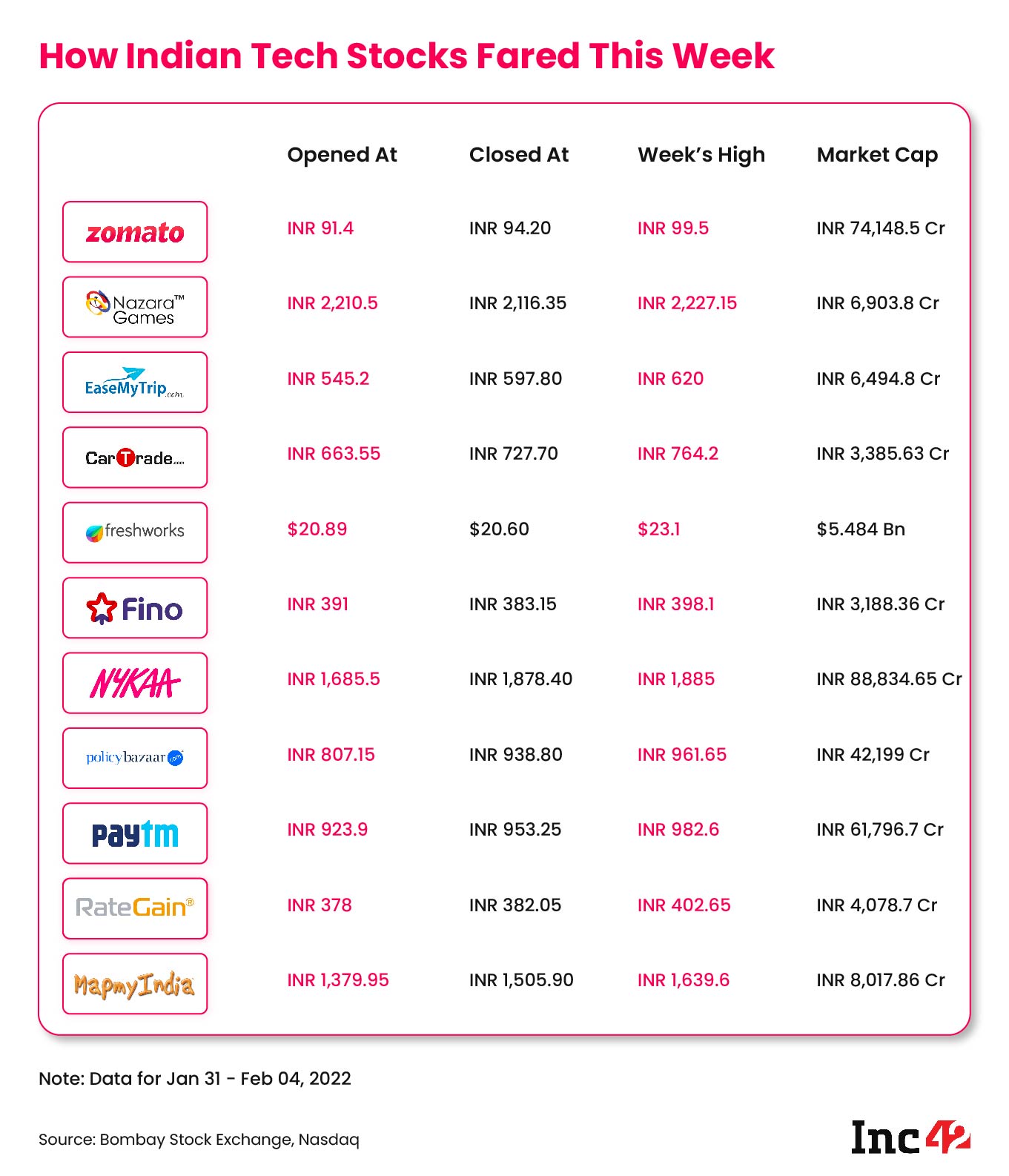 A Budget For Startups?

After finance minister Nirmala Sitharaman’s Union Budget address this past week, many called it the ‘Budget For Digital India’ thanks to the slew of proposals and announcements that will open up opportunities for startups. Take a look at the key takeaways here, along with some of the important stories below:

See you next week with another roundup of our top stories.