Huawei reportedly disclosed ‘lower net margins’ with regards to one of its entities that provided software development solutions, leading to suppression of INR 400 Cr worth of income 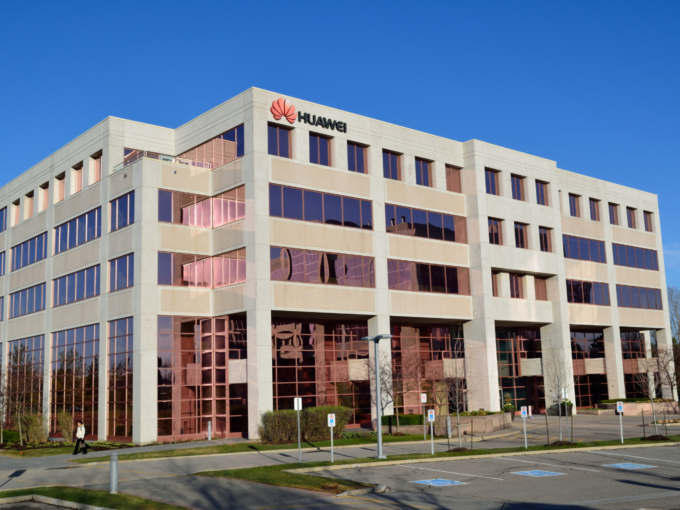 Fresh on the heels of a recent ban on Chinese apps, Indian authorities have now reportedly trained their guns on Chinese Original Equipment Manufacturer (OEM), Huawei.

This comes after the I-T department conducted search and seizure operations at the main business premises of key people connected with Huawei on February 15.

The CBDT had later issued a statement saying that residential premises of ‘key office bearers of a multinational group, engaged in distribution of telecom products and providing captive software development service, were raided.’ This was clearly understood as being Huawei.

The statement had further stated that “The ultimate shareholding of the group lies with a foreign entity of a neighbouring country.”

The CBDT has accused the officially unnamed entity of having “manipulated its books of account to reduce its taxable income in India through creation of various provisions for expenses,..which have little or no financial rationale.”

The enforcement authorities claim that the entity failed to provide any ‘substantial justification’ in response to these claims. In retort, Huawei is said to have asserted that it was ‘firmly compliant’ with the Indian law.

The PTI report also carried a statement from the Chinese telecom major which stated that, “Huawei is confident our operations in India are firmly compliant to all laws and regulations. We will approach related Government departments for more information and fully cooperate as per the rules and regulations and follow the right procedure.”

The CBDT has accused the OEM of a slew of charges which included making inflated payments against receipt of technical services from its related parties outside India. The entity is said to have incurred expenses in lieu of services to the tune of INR 129 Cr over 5 years.

However, the company reportedly debited more than INR 350 Cr from its accounting books under royalty claims. Interestingly, during the searches, the company failed to substantiate its claims, landing it in I-T’s net.

CBDT said that, “Consequently, the rendering of services and such royalty payments become highly questionable and prima facie, disallowable as business expenses as per extant Income Tax law.”

Other issues plaguing Huawei include the disclosure of ‘lower net margins’ by one of OEM’s arms that provided software development solutions. This came to light during the searches conducted at Huawei’s offices on February 15. Further evidence gathered during the probe also revealed that the firm had engaged in suppressing INR 400 Cr worth of income in this regard.

This marks another standoff between Indian and Chinese authorities amid the ongoing hostilities between the countries. The two sides have been at odds over issues ranging from border dispute to backhanded sanctions against each other.

In February this year, the Indian government had banned 54 apps over apprehensions of either having originated in China or having some Chinese connection.

Previously in June of 2020 too, the Centre had banned Chinese apps – including popular apps like TikTok, ShareIt, UC Browser. This was followed by another round of app ban in July 2020 which saw 59 other apps being banned.

The reignited hostilities and concerns over data privacy have led to the Indian government instituting certain laws that throttle the operations of Chinese companies in India. Later FDI Press Note of 2020 was notified by the Centre.

According to the rule, an entity of any country, which shares land border with India or where the beneficial owner of an investment into India is situated in or is a citizen of any such country, can invest only through the government route.

Amid fears over the Chinese takeover of Indian data, the Centre kept Huawei out of trials for 5G services. Interestingly, telcos have, however, been allowed to source telecom gear from Huawei and ZTE under their old agreements for maintaining their networks. Any new business agreement with these two players has to be approved under the National Security Directive on the Telecommunication Sector.

Huawei has been in the eye of the storm lately. The company was sanctioned by U.S authorities in 2019 amid claims that the company posed a security risk. Toeing the line, the UK later said that it would exclude the company from building its 5G network.

The company’s Chief Financial Officer, Meng Wanzhou, too was taken into custody in Canada in December of 2018 in a bank fraud case. The case which had led to diplomatic tensions ended in September last year, after Wanzhou was allowed to leave Canada after striking a deal with U.S authorities.

The move has crippled the operations of Huawei and is likely to strike a death blow to the OEM. But, it has highlighted a big area of concern i.e. how foreign companies are willingly indulging in under-reporting of revenues and manipulation at the cost of Indian taxpayers. While authorities are still dropping hints, any incompetence in such matters could send a wrong signal to companies.