In CY22, Cars24 plans to launch in Thailand and Saudi Arabia and grow in the UAE, Australia and India 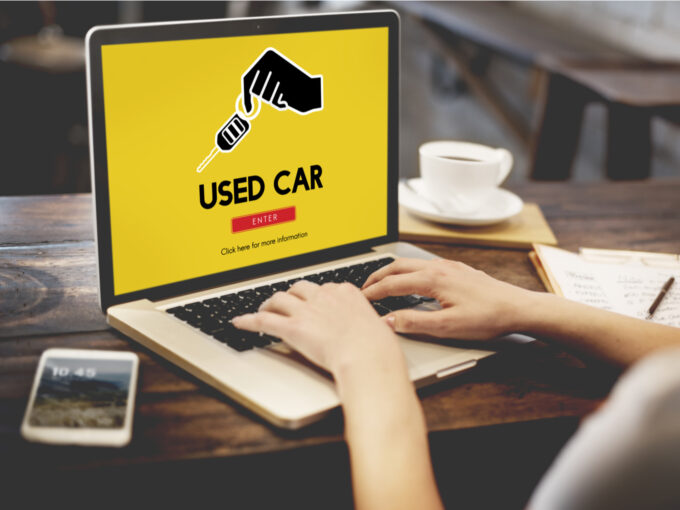 Delhi NCR-based used car marketplace Cars24 plans to achieve $2 Bn revenue by FY23 by banking on its international expansion plans. The company also plans to further its diversification beyond the ‘cars’ marketplace into bikes, grow its used car financing platform, on the back of the funds that the unicorn recently raised.

The used-car market landscape is a high-evolving one, with new players as well as existing automobile giants venturing into not just trading, but also financing pre-owned cars. Factors such as a shift to personal vehicles over public transport amid the pandemic, ease of buying and selling used cars online, increased reliability due to TPAs, among others have caused many young buyers to own their first cars, on a limited budget, without the hassle of window shopping.

Here’s where Cars24 claims to create an efficient and reliable way for car owners to sell their used cars at the best price. Founded in 2015 by Vikram Chopra, Gajendra Jangid, Ruchit Agarwal and Mehul Agrawal, Delhi NCR-based Cars24 helps consumers to simply book an appointment with any of the auto tech company’s branches, visit the branch and sell a car in a single visit.

For a buyer, the process is even simpler, Jangid tells Inc42. Instead of window-shopping (both used and new cars), a buyer can go through the catalogue on the website, check out the features, pay a token amount, and get the car delivered to his/her chosen place at a chosen time for a test drive. In case, the customer wants to buy the car, they can pay the entire sum (at that time, or even at a later stage).

To accelerate its growth, recently Cars24 raised $400 Mn at a valuation of $3.3 Bn. Of this, $300 Mn was in a Series G equity round led by Alpha Wave Global and $100 Mn was raised in debt funding from investors in India, Australia, and the UAE.

Cars24 plans to invest the funds to fuel its global expansion in the Middle East, Australia and Southeast Asia while strengthening its foothold in the Indian market. The automobile unicorn launched operations in the UAE in June 2021, and in Australia in September 2021.

In CY22, the used-car marketplace plans to launch in Thailand and Saudi Arabia (a market that it claims would be 3x compared to the UAE).

In October 2021, Cars24 announced that it has set up refurbishment facilities called ‘Mega Refurbishment Labs’ (MRLs) across seven cities viz. Hyderabad, Pune, Bengaluru, Chennai, Gurugram, Mumbai and Ahmedabad. It has invested close to $10 Mn in the refurbishment centres which have individual capacities of over 1 Lakh sq ft. It plans to use the funds raised to scale the labs to their full potential.

Previously, Cars24 raised $200 Mn in December 2020, becoming the first autotech startup in India to enter the unicorn club. In September 2021, it raised $450 Mn in its Series F round.

As a part of its growth plans, Cars24 is going to focus on two of its new verticals — Bikes24 and Cars24 Financial Services. In an interaction with Inc42, Jangid stated that currently, 50% of the buyers are taking loans for purchasing used cars from Cars24, against the industry average of 15%.

“The current journey for car financing with Cars24 is completely digitised — from applying for the loan to getting it approved,” he added, “and improving the technology will ultimately lead to our profitability.”

Most recently, Cars24 also announced its partnership with Bajaj Finance for financing pre-owned cars for customers. The idea is to improve financial flexibility besides providing greater accessibility of owning a car.

Not just cars, it also launched Bikes24 last year, in a bid to digitise the journey of selling and buying two-wheelers across Delhi-NCR, Pune and Bengaluru.

Cars24 will be focusing on both the bikes and car financing business in India, while continuing to invest in technology that brings the entire consumer journey online.

According to Cars24, it is clocking over 90% of the market share in the online used car segment. However, in the total (online as well as offline pre-owned cars selling), it only accounts for 5-6% of the market.

Currently, Cars24 has grown by 65-70% in its revenue with an ARR of $1 Bn for FY22, Jangid said. Of this, over 20% of the revenue comes from newly expanded international markets. With the previously mentioned plans in place, the unicorn is eyeing $2 Bn in revenue by FY23.

“We are making money on a unit economics level, but overall we are not EBITDA positive. With enhanced focus on unit economics, and the scale at which we are looking to expand, not just in India, but internationally (eyeing 10% of the Indian market share in this year alone), we are looking to turn profitable pre-IPO,” Jangid added.

The automobile unicorn is also planning for an Indian IPO in 18-24 months.

The Competitive Landscape In The Pre-Owned Automobile Industry

India’s used car market is estimated to reach between 6.7 Mn to 7.2 Mn units sold per year by 2022. The value of the segment is pegged at INR 50,000 Cr in CY22, according to the outlook report by Mahindra First Choice.