After data revealed that UK retail sales plunged significantly in August as the rise in the cost of living continued to affect consumers, the pound dropped to a fresh 37-year low against the US dollar.

The 1.6 per cent larger-than-anticipated decline in sales volumes raised further worries about the status of the economy.

As a result of consumers making budget cuts in response to rising costs, sales across all retail sectors decreased in August.

Retail data, according to some analysts, indicated that the UK is already in a recession. 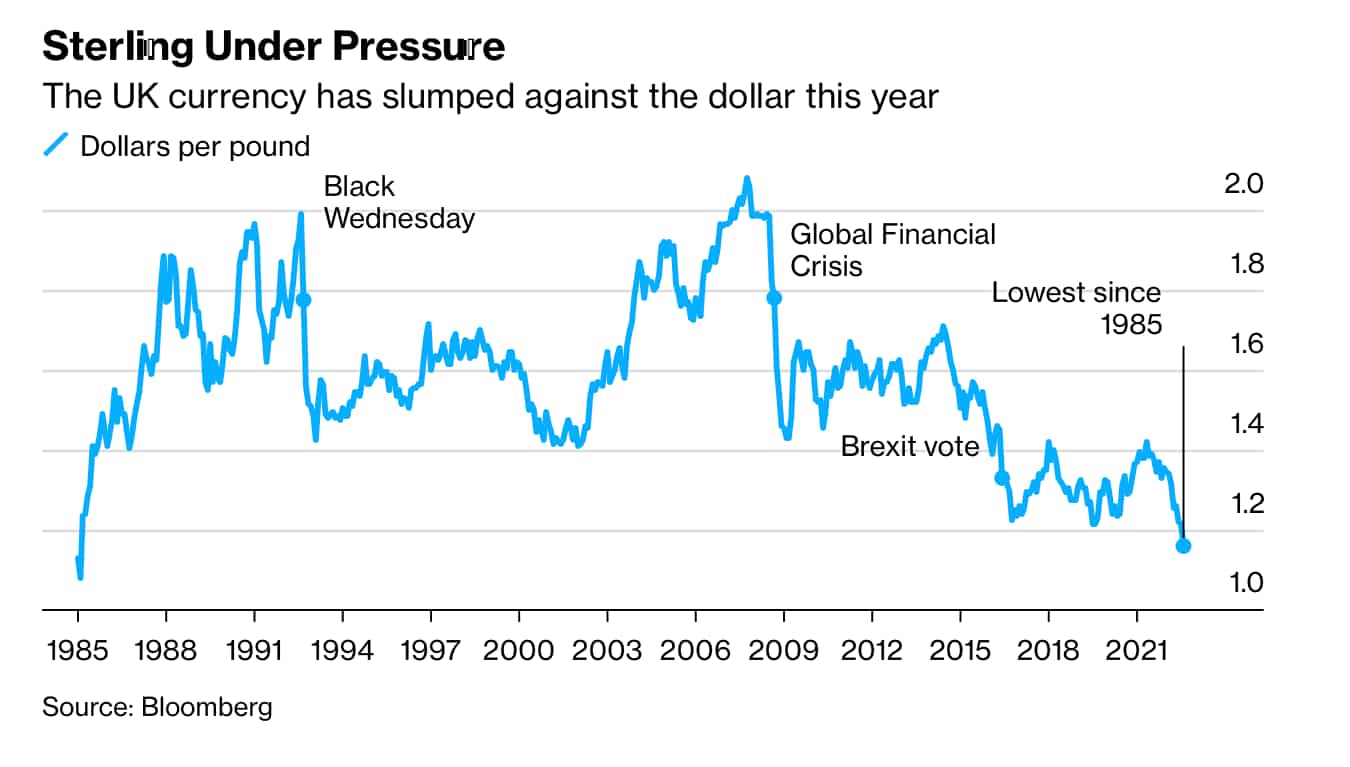 In the wake of the publication of the retail sales numbers, the sterling dropped more than 1 per cent versus the dollar, reaching $1.13, its lowest level since 1985. Because of the weak pound, British tourists will find that their money does not go as far.

This occurs at a time when UK inflation, or the rate at which prices increase, is at a level that is over 40 years high, albeit declining from 10.1 per cent in July to 9.9 per cent.

According to the Bank of England, the UK will experience a recession at the end of this year, and interest rates will likely continue to rise in an effort to stop inflation.

The retail sales numbers for August confirmed Capital Economics’ assessment that the UK economy is “already in recession”, according to Olivia Cross.

Also Read: China plans to impose sanctions on CEOs of US companies over arms sales to Taiwan

When the economy shrinks for two consecutive three-month periods, it is said to be in a recession.

Households have had to make spending cuts as a result of price increases and impending increases in energy costs in October.

To aid consumers with their energy bills, the government did nevertheless introduce the Energy Price Guarantee last week. The assistance will result in a two-year cap on the yearly energy expense for a typical home at £2,500.

Before the government took action, annual energy costs were anticipated to reach £3,549 before going much higher in 2023.

Apple is considering shifting more and more of iPhone production to India amid increasing geopolitical tensions The Cupertino-based company is expected to move around...