Unable to compete in the gaming streaming market, Facebook on Tuesday announced that it will be shutting down its gaming app. Reportedly, the app which let users watch and play video games on-demand was launched two years ago amid much fanfare. However, come October 28, the app will not be available to download on Android or iOS but will continue to be accessible via the Facebook app.

“We want to extend our heartfelt thanks to all of you for everything that you’ve done to build a thriving community for gamers and fans since this app first launched,” the company stated in an update to the users.

“Despite this news, our mission to connect players, fans and creators with the games they love hasn’t changed, and you’ll still be able to find your games, streamers and groups when you visit Gaming in the Facebook app.” it further added. 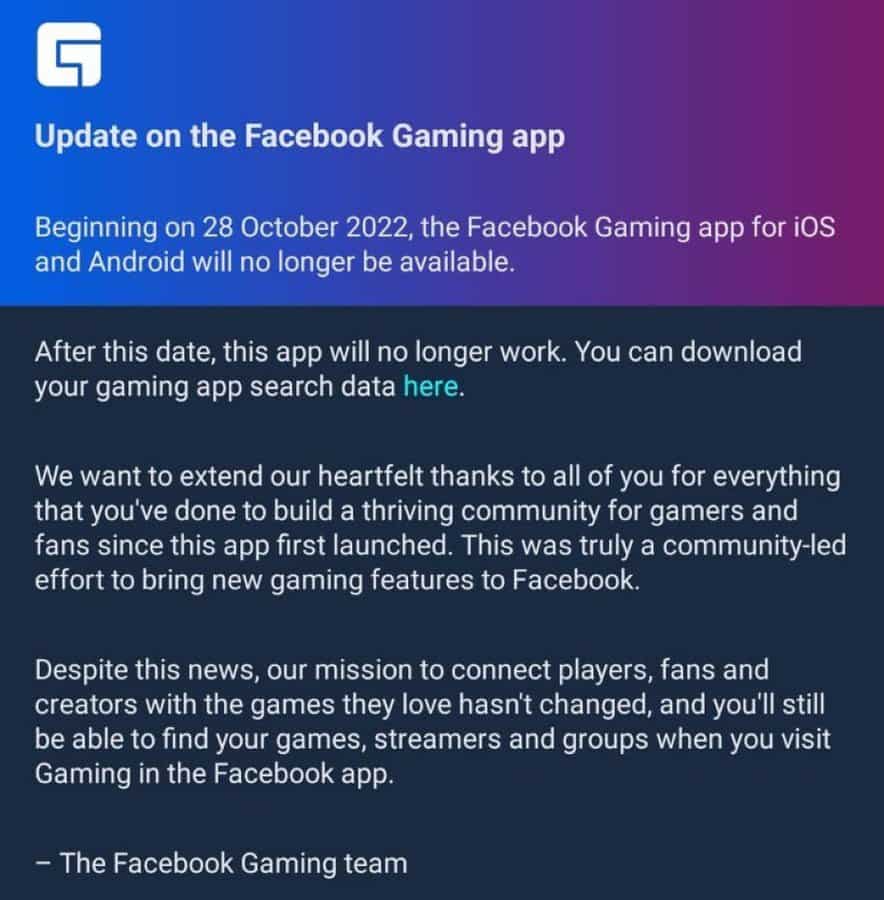 Facebook launched its gaming app in April 2020 to compete with the likes of Twitch, a dominant player in the market. The app wanted to cash in on the boom of the pandemic market where users were looking for new platforms to play games while confined in the boundaries of their households.

However, the app never really got off the ground as users complained about the buggy UI and not having top streamers in its fold.

It’s not like Facebook did not attempt to resuscitate its product. It signed Brazilian footballer Neymar Jr and creators like DiguisedToast, Ramee to gain momentum. However, none of them appeared in the top stream rankings and eventually did not contribute much to the growth of the app.

According to data from market research firm, Streamlabs, as of the second quarter, the gaming market was dominated by Twitch at 76.7 per cent, followed by YouTube at 15.4 per cent and Facebook Gaming lagging at only 7.9 per cent.

Facebook is not the only high-profile Silicon valley behemoth to bow out of the gaming sector after failing. Bill gates owned Microsoft and its gaming streaming service Mixer also failed to hit the straps and brought down the curtains in 2020.