Johnson & Johnson’s Covid vaccine to be imported in India 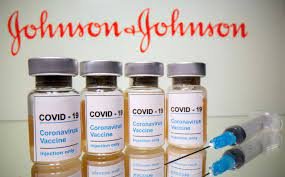 The baby care product company Johnson & Johnson’s is now allowed to start the vaccination process immediately. It has shown side effects like blood clotting in 15 people out of 8 million.

India is expected to import its single-shot coronavirus vaccine after ‘full & finish’ by the end of June or starting of July 2021.

Ms. Renu Swarup, the secretary of the Department of Biotechnology, Minister of Sciences and Technology, mentioned that “The Johnson & Johnson’s vaccines are expected to be imported to India by June-July 2021. Johnson & Johnson’s is working closely with Biological E to facilitate the ongoing tech transfer to India,” as per ANI reports.

She also mentioned that Biological E is also working on its own candidate that has completed the trial.

“The estimated manufacturing capacity of Biological E, for this vaccine candidate, is about 600 billion doses per annum.”