The Union Cabinet in July 2020 approved the New Education Policy (NEP), replacing the 1986 policy. The NEP aims to universalize education from preschool to secondary level and provides for an inclusive framework focusing on the primary level of education to higher-level education in the country. In addition, the policy recognizes the importance of the integration between technology and education in the 21st century and aims for tech innovations to improve teaching-learning, evaluations, and tracking students’ progress, among other things for students in Classes 6-12.

This has led to open up new frontiers for edtech startups. The Indian online education market, presently worth $ 247 million and estimated to have rapid growth over the next 5 years to achieve a $ 2 billion benchmark by 2021. Here we are going to know about one such edtech: Byju’s

Let’s get to know the success story of an engineer who helped people crack entrance exams:

BYJUs is a platform that Byju Raveendran created. BYJU’S app was developed by Think and Learn Pvt Ltd in 2011. It is a platform for the teachers to teach and students to learn different educational concepts through the app and understand them better. It mainly focuses on mathematics and science. 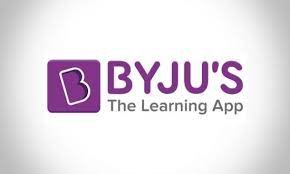 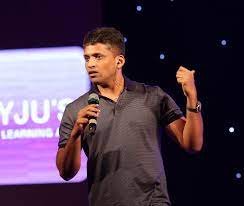 Byju Raveendran is basically an Indian and belongs to Azhikode, a small coastal village in Kerala. He was initially working in a UK-based shipping company as an engineer. He became quite famous among his friends when he helped them crack the IIM entrance exams using his shortcuts. Though he achieved a hundred percentile in the entrance tests, he rejected the IIM. Maybe he was not ready to settle for the IIMs and thought he deserved the best by giving people the best. He said: “I believe when you take sessions in auditoriums, you’re creating a kind of fan following. You can’t do a math class in a stadium. It has to be a math performance.”

In 2013, Byju’s received its first series A funding from Aarin Capital, which Ranjan Pai and Mohandas Pai run. The next round, in the year 2015, which also saw the launch of the Byju’s app, received funding of $25 million from Sequoia Capital. After that, the startup received some of its major funding in 2016 from Sequoia, Innoven Capital, Sofina Group, Times Internet, and the International Finance Corporation. Also, the edtech startup in the same year received $50 million funding from the Chan-Zuckerberg initiative, which boosted the startup’s value to $462 million.

In 2018, Byju’s turned into a unicorn – becoming the first edtech company to achieve this milestone in India. Further, in 2019, Byju’s also secured an investment of $150 million from Qatar Investment and Owl Ventures, reportedly valuing the company at $5.7 billion. The pandemic had increased the demand for the app’s usage, which saw Byju raise funds from General Atlantic, Tiger Global. Come 2020. The Chan-Zuckerberg initiative took home Rs. 167.7 crore through a partial exit, and the same deal gave a handsome return to Sequoia, Times Internet, and SCHF PV Mauritius.

The primary goal of BYJUs is to bridge the gap between the Indian education system and help the students fall in love with what they learn. The teaching content is delivered to the students in various forms such as quizzes, exercises, visualizations, and much more than theoretical knowledge.

Why is Byju’s successful:

The company is successful because it has exactly targeted the perfect audience-students and has provided them the support for better clarity on the topics which will be helpful to them clear the entrance examinations more simply and interestingly by a single click of the mouse along with a travel free experience and has given them the freedom to learn at their own pace.

Share
Facebook
Twitter
Pinterest
WhatsApp
Previous articleFlying out of India: QR code must on RT-PCR test report from May 22
Next articleCOVID-19: Finance ministry asks states to vaccinate staff of banks, insurance cos on priority basis

How Does Productising Data Help Startups?